In Light of the Unrest in North Carolina, Piedmont Lithium Looks Elsewhere 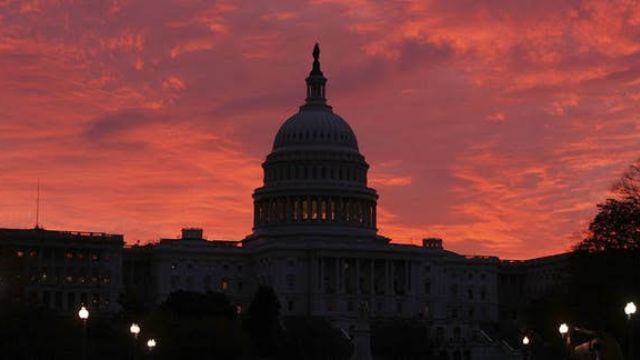 As a result of a regulatory assessment in North Carolina that is becoming more intense, Piedmont Lithium Inc.’s initial moves toward obtaining lithium supplies will not be in the United States but rather in Ghana or Quebec.

To achieve American energy independence, Piedmont has marketed its proposed North Carolina mine as the greatest solution; however, the project is currently mired in regulatory red tape, forcing Piedmont to broaden its strategy and fund mines elsewhere.

According to Chief Executive Keith Phillips, “We think two of our projects—Quebec and Ghana—will happen sooner than our Carolina Lithium project.” “The regulators in (North Carolina) are doing an excellent job. It’s a demanding procedure. When it does, you can count on it.

As one of the largest U.S. lithium mines, Piedmont hopes to dig a 500-foot-deep (150 m-deep) open-pit mine in North Carolina as part of a $988 million project. Piedmont was founded there in 2016 but relocated its headquarters there last year.

The move was planned to put it near the EV manufacturing facilities that Toyota, SK Innovation, and others are constructing in the American South.

Piedmont and Tesla Inc. agreed in 2020 to start delivering lithium from the North Carolina mine to Tesla Inc. at some point between July 2022 and July 2023, but last year the initial shipments were postponed without a clear start date.

According to Reuters, Piedmont’s haphazard implementation of that plan, in which it courted Wall Street and Tesla before locals, had stoked worries about the quantity of dust, noise, and vibrations in the vicinity of Charlotte.

The state mining evaluation procedure, which officials and the corporation itself recognise has no specific end date, is currently centred on those issues. The opening date of Piedmont’s facility in North Carolina is not anticipated.

Piedmont made investments in Sayona Mining Ltd. and Atlantic Lithium Ltd. last year as resistance to the North Carolina mine intensified.

While considering reopening a closed spodumene lithium mine that would directly compete with Piedmont, Albemarle Corp, the largest lithium miner in the world, is employing people and purchasing land in a nearby North Carolina county.

According to regulatory records, Piedmont received a request for more information from North Carolina regulators in January regarding 12 issues they felt were not sufficiently addressed in the company’s mining permit application.

Regulators questioned Piedmont about the potential effects the proposed mine might have on water table levels as well as how to alter mine site blasting on cloudy days to reduce dust that might impair the functioning of a neighbouring airport.

In addition, the state has “many concerns,” as stated in the filings, regarding Piedmont’s plans to discharge chemicals into the public sewer system. Additionally, archaeologists have advised Piedmont to erect a 25-foot buffer around four cemeteries on the mine site, which could compel the company to alter its development plans.

The response deadline for Piedmont is July 13.

Piedmont has outpaced even its peers, reaching a record high near $80 this past spring before dropping, despite the recent increase in investor interest in lithium equities. It made $130.8 million in a secondary stock sale in March.

According to Refinitiv Eikon, seven analysts have Piedmont stock rated as a “buy,” and all of them anticipate a price increase.

Although the company would need to have its North Carolina permits before receiving government support, Piedmont claimed to have applied for loans from the U.S. Department of Energy. Mines in Ghana or Quebec could not be dug with the money.

Piedmont acquired about 20% share in Sayona and its lithium assets in Quebec in January 2021. The first batch will likely be produced in 2019.

Additionally, Piedmont acquired a 9% share in Atlantic Lithium, a Ghana-based company, and agreed to invest $17 million in a feasibility study and $70 million in the development of Atlantic’s Ewoyaa lithium project.

Due in part to growing lithium prices, the market value of both investments has increased over the past 12 months. Piedmont has pledged to purchase at least half of each company’s supply of spodumene concentrate, a sort of lightly processed lithium, while not operating the mines in Ghana or Quebec.

Reg Spencer, an analyst at Canaccord Genuity, stated that the market was underestimating Quebec’s ability to create cash flow as early as 2023.

Not all of Piedmont’s issues in North Carolina stemming from opposition from citizens and authorities.

In a mining-friendly county close to Piedmont’s proposed location, Albemarle, a Tesla supplier, appears prepared to reactivate its Kings Mountain, North Carolina, mine.

The corporation hinted at its potential expansion intentions in March when it purchased 60 acres (25 hectares) that border that mine location. Albemarle just announced employment openings to assist with facility management.

According to spokesperson Kim Ronkin Casey, Albemarle is performing preliminary geological testing and the project might start-up by 2027.

Manufacturers of EV batteries prize lithium hydroxide, which is made from lithium extracted from the spodumene rock, in part because it retains its charge longer than the more prevalent lithium carbonate.

Since there are no operating lithium spodumene mines in the country, the first one to start producing will be highly sought after by the developing battery industry.

Albemarle said that it has been openly discussing its plans with the neighbourhood, in contrast to Piedmont, which for years avoided approaching locals with its objectives.

Eric Norris, manager of Albemarle’s lithium division, stated, “There’s a lot of work we’re doing also with the community. “We became involved with them right away.”