As More Information Becomes Available, It’s Possible That Famous People Will Revise Their Opinions on the Johnny Depp and Amber Heard Case. 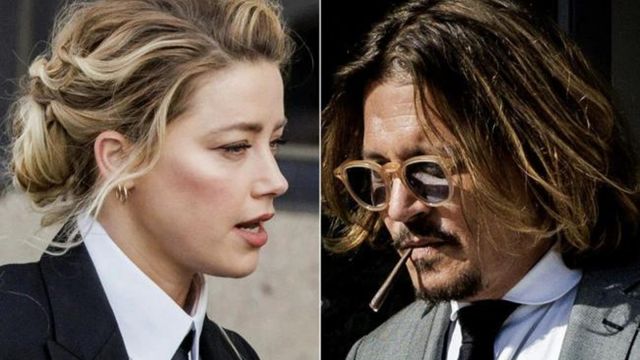 We explored the reasons why the conclusion of the defamation trial involving Johnny Depp and Amber Heard was a loss for everyone involved after the judgement was read. A fierce anti-Amber Heard campaign developed on social media in response to the difficult case, which included allegations of domestic violence, addiction, and mental health issues. When the verdict was announced, many celebrities gave the impression that they were celebrating for Depp’s victory. There are 6,000 pages of court documents that have been released, and each one has new information on the inner workings of the former couple’s marriage. As a result of this information, there are a few famous fans of Depp who may be reconsidering their position.

The legal documents, which were obtained by the attorney Andrea Burkhart, show texts exchanged between the actor from Pirates of the Caribbean and the artist Marilyn Manson in which they commiserate with each other over the comparable domestic abuse charges that they have faced. There are also rumors that Depp’s legal team is making an effort to bring evidence on Heard’s past as a “exotic dancer.” The revelations throw additional light on the case and they don’t make Depp look like the hero that some of his admirers are declaring him to be. It’s possible that this is why certain celebs have sought to secretly depart #TeamDepp.

A supporter of Heard noticed that a big bunch of celebrity likes that had been left on Depp’s Instagram triumph post had mysteriously disappeared. They said on Twitter that celebrities were withdrawing their likes from Johnny Depp’s joyful Instagram photo because it made them “lmao.”

As more information is uncovered, it becomes clear how complicated the case was and will continue to be in the future given that both parties have lodged an appeal. It is quite unlikely that the fanbases for Heard and Depp will change their opinions, but it appears that the recent admissions have persuaded a few Hollywood celebrities to quietly withdraw their support from his corner.