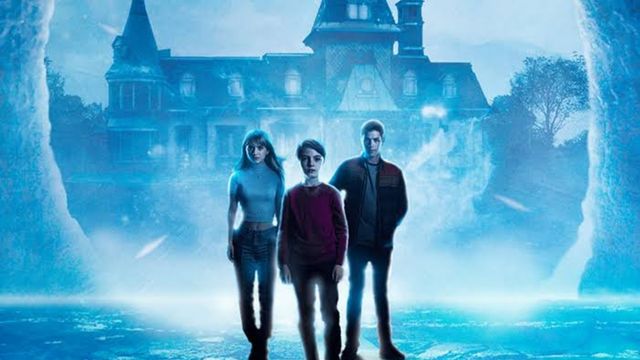 The concluding season of “Locke & Key” has here, and fans can look forward to even more exciting adventures involving the mysterious keys that the Locke family possesses.

After defeating Dodge (Laysla De Oliveira) and putting an end to their battle against demons (at least, that’s what they thought), the Lockes were able to close the second season on a positive note.

In the climactic moments of this season, we got a glimpse of a far more powerful force that escaped into the real world, and it’s possible that he won’t be as simple to defeat as Dodge was.

Locke and Key season 3, which is now available to stream on Netflix, features Kevin Durand as the series’ primary antagonist, Gideon.

But in spite of the fact that this monster is taking centre stage, will we get to see the return of Dodge, or will Dodge assume the identity of Gabe (Griffin Gluck)?

In the third season of Locke and Key, new keys are introduced to the audience as the Locke family experiments with several of them, some of which prove to be quite risky.

For example, Bode uses the Time Shift Key despite being warned not to, and he travels back in time without being aware that the choices he made in the past had the potential to affect the present and the future.

During the third episode, titled “Five Minutes Past,” Bode has a flashback to a time during the second season when his siblings are battling Dodge (as Gabe), while Bode himself is chained up.

When he confronts the group, they are surprised to find Bode in two locations at the same time.

Bode receives advice from his uncle Duncan (Aaron Ashmore), who appears to him from the future and warns him that what he’s doing isn’t a smart idea and encourages him to quit.

Gabe approaches Bode and, using a key, transforms himself back into the original Dodge.

The real Dodge then chases after Bode in an attempt to steal the Time Shift Key.

Dodge is able to get a grip of Bode’s leg and go through time with him by following in his footsteps.

Dodge takes control of Bode’s body before the third episode comes to a close, and then he spends the following episode searching for the other keys.

Not until the fifth episode, “Siege,” does the family figure out that Bode is actually Dodge, and as a result, they wind up working together with Dodge to defeat Gideon.

After that, we don’t see her again in Locke and Key season 3 at all.

Dodge, who is portrayed in Locke and Key season 3 by both Laysla De Oliveira and Griffin Gluck, does make an appearance; nevertheless, the Lockes have a much more significant adversary to fear this time around in the form of Gideon.

Will they eventually be victorious and bring him down? You are going to have to watch to find out!