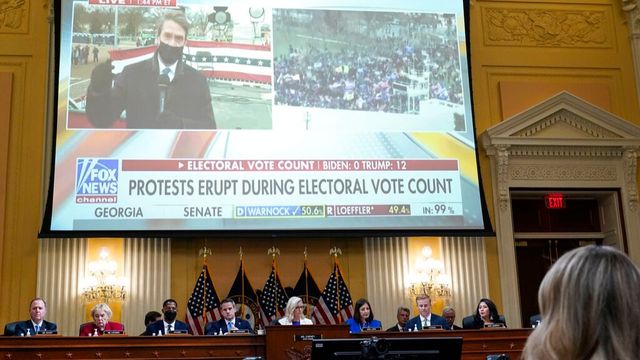 The Constitution of our country was not carved in stone when it was written. It not only offers a way to alter it, but it also includes a way to ask for a Constitutional Convention to be held in the future.

Even though this hasn’t happened since the document itself was created in 1787, there is still a possibility that it might happen again if it is authorised by two-thirds of all state legislatures, which is a total of 34. Farfetched? No. At least twenty-eight states have shown significant interest in participating in it.

What do you think of the idea of a third major political party? When people are asked if Joseph Biden or Donald Trump should run for president in 2024, the greatest group of people say “neither” in response to the question in polls. Although the majority of people in each party are not extremists, some with the most outspoken opinions are.

People who understand that the moderate politics of centre-left to centre-right is not a sacrifice of principle but rather a respect for reason are exactly what the United States of America needs, and it needs them severely.

It needs leaders who are dedicated to pursuing that cause. It seems like Charlie Baker might suit the bill. Michael Bloomberg’s reputation suffered as a result of his abbreviated run for the presidency in 2020, but his concept is sound. There are further ones.

To the outrage of liberals, legislation is being written by senior judges who were not elected by the people. This view has been held by conservatives for several decades.

The replacement of discourse with inflammatory and antagonistic ideology on both sides has caused millions of Americans of all political persuasions to lose faith in the ability of our elected officials to define a fair and sensible course of action.

They are aware that valuing conventional patriotism and also promoting cultural diversity does not have to be an either-or choice because a great nation is capable of doing all of these things simultaneously.

There are elements inside both parties who are pressuring Americans to pick one political affiliation over the other. The decision between the alt-left and alt-right is a sad one because it is motivated by fear of one side or the other rather than by support for either side.

A Constitutional Convention is a radical idea, but let’s be honest with ourselves: do we really believe that the existing system, in its current form, is effective? Is it really so absurd to think that a text that was written 235 years ago, and that was created in a world and country that is incomparable to our own today, may be improved?

The majority of Americans do not have faith in those who will carry it out. That fact alone demonstrates that the system is flawed.

A convention of this kind is extremely unlikely to take place, but a centre moderate party that is founded on realism and reason has a chance of becoming successful.

It requires leadership and organisation, but we need it now, before the period of our genuine democracy is lost forever and it is no longer possible to get it back.