According to Senator Blackburn, the FBI Needs to Get Back to Being an Agency That is Politically Neutral 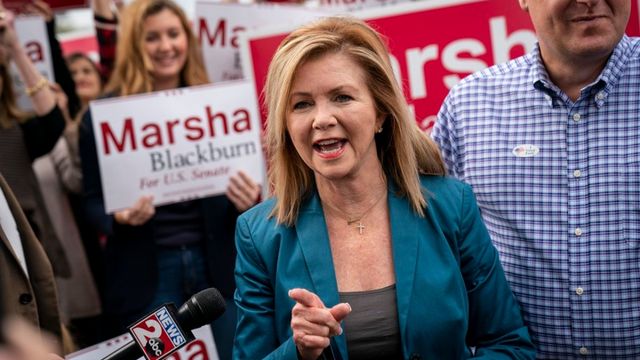 During an exclusive interview with “Sunday Morning Futures,” Senator Marsha Blackburn of Tennessee, a member of the Republican Party, claimed that the Federal Bureau of Investigation (FBI) should go back to being an agency that is not involved in politics.

She made the remark approximately two weeks after officers from the FBI conducted a search warrant on Trump’s Florida residence and confiscated items, which include 11 sets of material that are categorized as classified, as well as others that were marked as top secret.

On the Mark Levin Show, former legal counsel for President Trump stated that he is getting ready to “very soon” file a legal challenge against the Department of Justice about the Mar-a-Lago raid based on the Fourth Amendment. This challenge is in response to the search conducted at Mar-a-Lago.

The United States District Court for the District of Columbia ruled that the Department of Justice (DOJ) must provide to former Attorney General Barr an internal memo stating that President Trump did not obstruct justice.

“Full transparency” in the matter of Trump is on the way, according to Chuck Grassley, who also claims there is political prejudice. Video

The senator from Tennessee stated that “we have seen the FBI become politicized, a specific group, a certain cabal in the FBI,” while also mentioning that the FBI does have some “great men and women who are working in the agency” and who have retired.

“The work that Senator [Chuck] Grassley is continuing to do is going to be very critical to make sure that… the leadership of the FBI is returned to being a nonpolitical organization,”

According to Chuck Grassley, the ranking member of the Senate Judiciary Committee claims made by whistleblowers expose a “deeply rooted political sickness” within the FBI.

The Republican from Iowa sent a letter to FBI Director Christopher Wray on August 17 demanding an explanation for suspected political bias that was impacting high-level investigations, notably those that came out of the FBI’s office in Washington, District of Columbia.

Grassley, a Republican from Iowa, wrote: “Starting on May 31, 2022, I’ve written three letters to you reporting political bias that has infiltrated the FBI’s Washington Field Office.”

“Two of those letters provided specific and credible allegations based on numerous whistleblowers that have approached my office with information that one can only conclude is indicative of a deeply rooted political infection that has spread to investigative activity into former President Trump and Hunter Biden,” the author of those letters wrote.

“One can only conclude that this information is indicative of a deeply rooted political infection that has spread to investigative activity into former President Trump and Hunter Biden.”

Grassley asserted that the FBI authorized investigations into the Trump campaign based on questionable predictions while at the same time choosing to “shut down investigative activities and sources, which included documented and verifiable facts, connected to Hunter Biden.”

Following an investigation by the FBI, President Trump seemed to hint at the possibility of a “big motion.”

A request for a response was sent to the Justice Department, but they did not answer. The Federal Bureau of Investigation (FBI) acknowledged that it had obtained the letter but provided no more comment.

She emphasized that people want justice to be blind, equal, and fair to all parties.

When Bartiromo questioned Blackburn if anything could be done, the senator responded by saying, “after November, we are hopeful that we are going to be able to be more forceful.”