In Spite of the Dangers, President Trump Continues to Advocate for the Release of the Affidavit Without Any Redactions 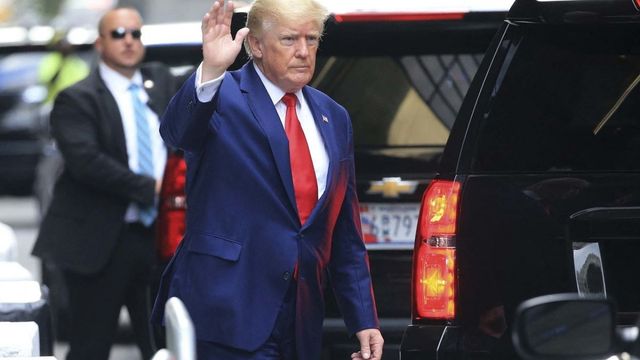 The move that former President Trump is making, which involves dangers for both Trump and the Justice Department, is to advocate for the complete and unredacted release of the affidavit that led to the search warrant being issued for his Mar-a-Lago resort.

Taylor Budowich, a spokesperson for the former president, stated on Thursday that President Trump has made it clear that he believes the American people should be permitted to see the unredacted affidavit related to the raid and break-in of his home. This statement was made after Federal Magistrate Judge Bruce Reinhart said he may be willing to unseal portions of the document.

Reinhart gave the authorities at the Justice Department until next Thursday to make suggestions regarding the document’s redactions.

Continued Budowich: “Today, magistrate Judge Reinhard rejected the DOJ’s (Justice Department’s) callous attempt to keep the entire affidavit from Americans.” “However, there should be no need for redactions, and the entire affidavit should be public, given the Democrats’ propensity for using redactions to cover government corruption, similar to what they did with the Russia hoax,”

For years, President Trump and his allies have held the belief that the FBI and the Justice Department are prejudiced against the former president. In support of this belief, they have argued that the bureau inappropriately surveilled Trump’s 2016 presidential campaign.

Separately, President Trump published a message on Truth Social, his social media site, in which he reiterated his demand for the “prompt publication” of the unredacted document and cited the necessity of openness. In addition to this, he demanded that Reinhart step down from his role as the case’s prosecutor without providing an explanation.

According to experts, the language coming from Trump and his staff is following a similar pattern, in which the former president demands the release of potentially sensitive information.

If the government and the judge decide not to reveal the whole document without any redactions, it will allow President Trump and his friends to assert that federal law enforcement is concealing something, which will further fuel mistrust among those who support Trump.

A law professor at Columbia University named Dan Richman commented that this event “clearly is consistent with a project of delegitimizing police enforcement and law enforcement pursuing him in particular.”

“Because he is aware, and everybody else is aware of the same thing, that regardless of the case, the government will be opposed to the revelation of search warrants as an institutional matter.”

The affidavit, which was used to convince Reinhart that there was enough evidence to support the probable cause required to obtain a search warrant, contains information about the investigation being conducted by federal law enforcement officials into how Trump handled material that was marked as classified after he left the White House.

The Department of Justice has argued that the publishing of the affidavit could put an ongoing investigation and the sources of information in the case in jeopardy.

The disclosure of identifying information about those sources may result in threats being made. Since Reinhart, for instance, signed off on the search warrant for Mar-a-Lago, he has been the target of threats. [citation needed]

Should the complete affidavit be made public, there is the potential for Trump to face some consequences as well, in addition to the dangers faced by the Department of Justice.

One of Trump’s former advisers said, “There is a concern if it seems like he was providing intel with unauthorized individuals while out of office,” noting that such specifics could ultimately be deleted by the government.

The affidavit may reveal exchanges between the Justice Department and Trump’s team discussing the necessity to return sensitive materials, which would ultimately show that the government had made multiple good faith efforts to secure the documents in question before resorting to a search warrant.

This was another point that was brought up by the experts who pointed out that the affidavit could reveal this information.

If it can be demonstrated that Trump improperly handled secret information, the public disclosure of the affidavit may also expose Trump to political danger.

It has already been shown through polling that a sizeable percentage of voters feel Trump may have breached the law while serving as president.

A Politico-Morning Consult poll that was released a few days after the search at Mar-a-Lago indicated that almost half of all registered voters approved of the raid, although only 15 per cent of Republicans approved of it.

And 58 per cent of voters indicated they are under the impression that Trump has definitely or probably broken the law while serving as president.

Calls for the release of the affidavit are sure to rally his most ardent followers, but it may ultimately cause the general public to become more concerned.

If Donald Trump runs for president again in 2024, he will need to broaden the support of his base supporters if he wants to be elected president.

Richman, a professor of law at Columbia, said he would not anticipate that to be the end of the problem even if the judge decides to release the affidavit with limited or no redactions. He stated that the government would most likely appeal such a judgment if it was made.