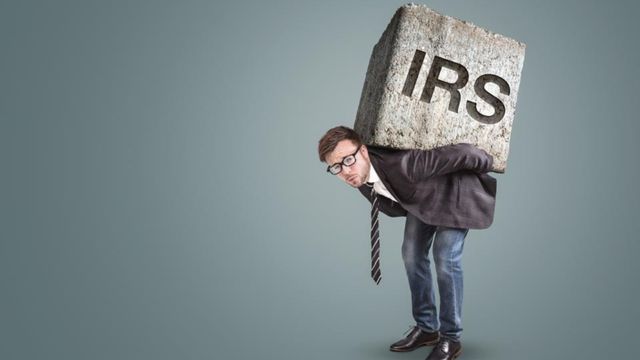 The United States government has taken a baby step, but it’s still a big deal, toward establishing a public system that will enable millions of people in the country to file their taxes without paying a fee.

The comprehensive domestic policy package that was approved by the House and Senate the previous week demands that the Internal Revenue Service do research into the feasibility of offering free tax filing choices to citizens of the United States.

This study poses a challenge to the for-profit tax preparation market, which is dominated by TurboTax, a tool developed by the corporation Intuit, based in Silicon Valley. Following the approval of the Inflation Reduction Act along party lines by the House of Representatives on Friday, President Joe Biden has stated that he intends to sign the bill into law today.

The law allows $15 million for research on how such a program could be implemented by the IRS, how much it may cost, and how people in the United States would feel about it.

Within nine months of the bill’s approval, the report is supposed to be submitted to Congress. The report is required to incorporate the input of a third party that is completely impartial.

The United States, in contrast to many other industrialized countries, does not provide taxpayers with access to free tax filing services. Instead, taxpayers are required to pay very profitable private tax preparation corporations billions of dollars each year.

A free tax filing system offered by the government is something that businesses have spent decades attempting to prevent or subvert. ProPublica has been reporting for years on how some businesses have even gone so far as to deceive customers into paying for services that they should have been entitled to receive without charge.

These publications sparked investigations by federal authorities and states, in addition to an onslaught of legal cases brought by individual consumers.

The reporting was also referenced by Ron Wyden, the chair of the Senate Finance Committee, who was the driving force behind the new provision. The corporations assert that they have done nothing improper.

Wyden said in a statement, “I have been pushing for many years to allow taxpayers to file directly with the IRS, and this is an essential step toward accomplishing that goal.”

“Reporting about industry scams surely assisted in making members recognize the gravity of this issue and in getting this across the finish line,”

In 2002, during the presidency of George W. Bush, the federal government made its most recent attempt to give free tax filing to the American public.

During that period, not long after the White House proposed “a simple, no-cost option for people to submit their tax return online,” Intuit and its lobbyists battled back aggressively. As a direct consequence of this, a scheme was developed that shifted responsibility for providing the service to Intuit and other private software suppliers.

The so-called Free File program had problems right from the beginning, as we outlined in our article on Intuit’s 20-year battle to prevent a government-provided tax filing service from being implemented, and the company’s efforts were unsuccessful.

In recent years, it has barely reached between 2% and 3% of taxpayers, even though it is supposed to be available to 70% of taxpayers.

Following the publication of a story by ProPublica claiming that Intuit and other companies were purposefully making it more difficult for taxpayers to locate the program online, there has been a resurgence of interest in Free File, as well as multiple investigations.

The corporation removed the code from its Free File website which was making it more difficult to locate the free version of the program. After some time, the two main service providers, Intuit and H&R Block, decided to leave the market.

The Internal Revenue Service (IRS) already has the information on salaries and other forms of income that it would need in its systems to provide such a service.

This information is contained on information forms such as W-2s. According to the findings of a recent study carried out by researchers from the Treasury Department, the Minneapolis Federal Reserve, and Dartmouth College, “between 62 and 73 million returns (41 to 48 per cent of all returns) could be accurately pre-populated using only current-year information returns and the prior-year return.”

Janet Yellen, the Secretary of the Treasury, spoke in favour of the establishment of a brand new free filing service in June before the Senate.

During a conversation with Senator Elizabeth Warren, Democrat of Massachusetts, Yellen stated, “We need to develop a new system.”

A representative from Intuit stated once again that the corporation is against the Internal Revenue Service (IRS) providing a free option for the public to file their taxes.

“Decades of experience and numerous independent studies, polling, and in-depth research about the idea of an IRS-run tax preparation system show that taxpayers see an inherent conflict of interest in having the IRS be the tax collector, investigator, auditor, enforcer, and now preparer when taxpayers want the IRS to focus on its core mission rather than spending billions of dollars of taxpayer money on a system that would disenfranchise millions of taxpayers and put their financial security in jeopardy.

In a recent settlement with state attorneys general, the corporation agreed to refund $141 million to taxpayers who paid for tax preparation services that they should have been able to receive for free.

This settlement was reached with the company. In the next months, it is anticipated that more than four million individuals will get payouts of up to ninety dollars each. Intuit insisted that the company had not broken any rules.

A spokeswoman for the Internal Revenue Service (IRS) declined to comment on the provision to examine options for free filing.