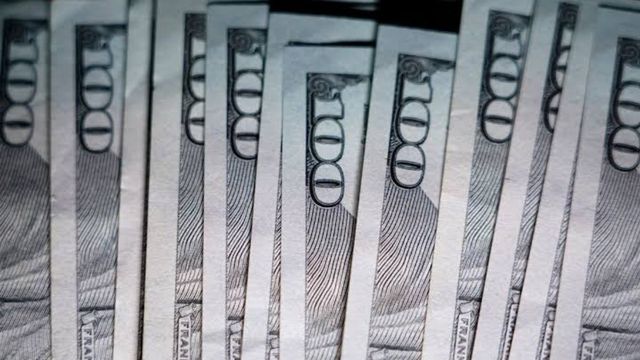 A qualified plan may make investments in loans to third parties, which are loans to individuals or businesses other than participants in the plan.

When a plan engages in such a transaction, or when a plan holds third-party loans as plan assets, compliance issues must be taken into consideration. The Internal Revenue Service (IRS) has updated the discussion on its website of issues its examiners look for regarding such loans.

The following are some of the concerns with such loans:

probable violations of Section 401(a) of the Internal Revenue Code (IRC); banned transactions by Section 4975 of the IRC; valuation concerns; and income tax adjustments.

Plans and Loans from Third Parties

According to the Internal Revenue Service, qualified retirement plans have a fair amount of leeway to make whatever investments they deem to be acceptable.

However, federal regulation is not entirely unfettered by free market capitalism. It is nevertheless necessary to fulfil the general condition that the plan must be kept going for the sole purpose of benefiting plan participants and beneficiaries.

A Look at the Considerations Made by the IRS

The following is a list of considerations that the Internal Revenue Service (IRS) and plan examiners make about third-party loans that a plan either invests in or keeps as plan assets.

Transactions That Are Not Allowed. According to the Internal Revenue Service (IRS), the initial step in analysing a loan from a third party is to establish whether or not the loan constitutes a prohibited transaction under Section 4975.

It is important to note that a prohibited transaction is defined by Section 4975(c)(1)(B) as including the lending of money or extending of credit by the plan to a disqualified individual. According to what is said in the brief, “it is vital to keep in mind that a party can be a third party concerning the plan and still be a disqualified person under IRC Section 4975.”

According to the Internal Revenue Service (IRS), an examining agent should begin by identifying the individuals who are ineligible to participate in the plan. In the context of this discussion, the following individuals are considered to be disqualified according to Section 4975(e)(2):

However, the fact that a loan was extended to an ineligible individual is not the only consideration taken into account when deciding whether or not a prohibited transaction was carried out.

In addition, the brief recommends that auditors “should rigorously investigate loans” that meet the following criteria:

provide for a low or even nonexistent interest rate, are not secured, and offer terms that are harmful to the plan.
According to the Internal Revenue Service, such loans are evidence that the plan was driven to enter into the lending transaction for reasons other than financial purposes.

According to the warning contained within the document, “In other words, loans that are obviously poor investments are more likely to have been granted for the benefit of a disqualified individual.”

Exclusive Benefit. According to the brief, the exclusive benefit test of Section 401(a)(2) does not prohibit others from benefiting from a transaction as long as the primary purpose of the investment is to benefit employees or their beneficiaries. This is true as long as the transaction benefits the primary purpose of the investment.

When an IRS agent investigates a possible breach of the exclusive-benefit rule, they are required to report the incident to the Department of Labor and seek a technical advice memorandum from the Office of the Associate Chief Counsel (Employee Benefits, Exempt Organizations, and Employment Taxes).

Asset Valuations. The Revenue Ruling 80-155 mandates that trust assets for defined contribution plans be appraised on at least an annual basis, as the brief points out so that profits and losses can be allocated to participant accounts and the fair market value of assets can be determined.

According to the Internal Revenue Service (IRS), the assets that are subject to this valuation requirement include loans from third parties. The valuation of a loan is contingent on several elements, the most important of which are:

The premium, the discount or interest rate, and the rate of likely collection are the three components.

Minimum Funding. The value of the plan assets is used to calculate the amount of funding allocated to defined benefit plans. The Internal Revenue Service (IRS) warns that the plan’s financing percentage will also be exaggerated if the plan’s asset values are overestimated.

And if there is a shortfall in the required minimum funds, an employer can be liable for excise taxes under Section 4975 of the Internal Revenue Code. Overvalued and/or uncollectible third-party loans could lead to a plan violating applicable IRC Section 430 benefit restrictions, according to the Internal Revenue Service (IRS), which recognises this possibility.

Income Tax Issues. According to information provided by the IRS, a borrower may be subject to income tax repercussions if third-party loans are in default and uncollectible, but the obligation has been discharged.

When an issuer successfully repurchases a debt instrument for an amount that is lower than the instrument’s adjusted issue price, the issuer can receive income from the discharge of debt.

Fraud. The Internal Revenue Service (IRS) warns that there is a risk of fraudulent reporting and recording if a person makes an effort to circumvent the applicable restrictions and potential adverse results that can result from third-party loans.

This is done to otherwise describe plan investments as being in compliance with applicable regulations. According to the brief, “examiners should be vigilant to symptoms of fraud while assessing the handling of all trust assets, but particularly with relation to third-party loans made from the plan.”

When looking at loans of this nature, the Internal Revenue Service has provided its examiners with the following advice.

3. Ensure that the assets of the plan are valued accurately by conducting a review of them.

4. If the plan is required to maintain a certain minimum funding level, consider any valuation deficiencies in light of the impact they will have on the employer’s obligations to fund the plan.

5. Determine whether or not loans have been “written off” or otherwise deemed uncollectible in such a way that a party has been released from their obligation to repay the loan. Think about making a recommendation to the Large Business and International (LB&I) Division or the Small Business and Self-Employed (SB/SE) Division, depending on which one is more applicable.

6. Keep an eye out for signs of fraudulent activity.