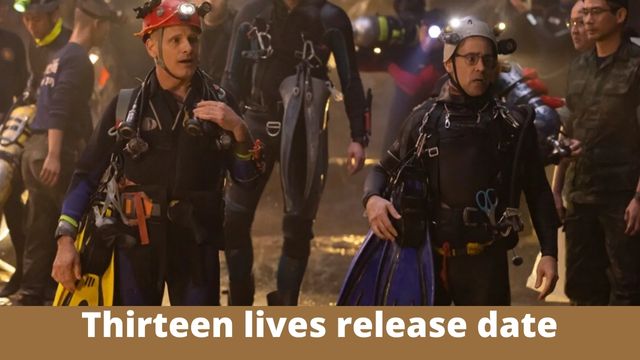 In 2018, the story of the Thai soccer team held the attention of the entire globe as tremendous attempts were made to rescue a group of boys who were trapped in a flooded cave.

The boys were playing soccer. Thirteen Lives is a dramatization of the facts of the rescue and the tremendous efforts that were made by the group of divers, rescue teams, and volunteers that were engaged. While many people may already be familiar with the outcome of the story, the film’s plot centers on the rescue.

This is not the first movie to describe the events surrounding the Thai soccer squad; in fact, the documentary The Rescue from 2021 was one of the top praised movies of that year and is now available to stream on Disney Plus.

This movie depicts those events as well. But if documentaries aren’t really your thing, you should check out Thirteen Lives, which is a major Hollywood production that stars some of the most talented people in the industry.

Although it has only been four years since the actual events involving the Thai soccer team took occurred, the film Thirteen Lives will provide a more in-depth look into the efforts that were made to save the players. The following is the official summary.

“The film Thirteen Lives is based on the extraordinary true story of the incredible global effort to rescue a Thai soccer team that was trapped in the Tham Luang cave after an unexpected rainstorm. The squad became stranded in the cave on June 23, 2018.

In the face of insurmountable obstacles, a group of the world’s most skilled and experienced divers, who are the only ones who are able to successfully navigate the labyrinth of flooded, narrow tunnels, have joined with Thai authorities and more than 10,000 volunteers to attempt a perilous rescue of the twelve boys and their coach who are trapped inside the cave.

In spite of the absurdly high stakes and the fact that the entire world is watching, the team decides to attempt their most difficult dive to date in the hopes of demonstrating the boundless potential of the human spirit.”

The Fact vs. Fiction: Thirteen Lives piece on WTW provides additional information on the event that actually occurred as well as how the movie portrays it.

If you watched the trailer for Thirteen Lives, you probably recognized a lot of the well-known actors who are starring in the film. For example, Viggo Mortensen, Colin Farrell, and Joel Edgerton are all player members of the diving team, and the trailer included all three of them. Mortensen (Lord of the Rings, Captain Fantastic), Colin Farrell (In Bruges, The Batman), and Joel Edgerton (The Green Knight, Obi-Wan Kenobi) are portraying the roles of Rick Stanton, John Volanthen, and Harry Harris, respectively. Farrell plays John Volanthen.

The first official trailer for the film Thirteen Lives can now be viewed on Prime Video.

In it, we are provided with some of the specifics of what made this rescue effort so risky; nevertheless, some of the most remarkable elements about it are only hinted at. Take a look at the teaser down below in this very spot.

On July 29, Thirteen Lives was made available to watch in select movie theatres.

As of August 5, the film may be viewed on Prime Video in locations across the world where the streaming service is offered.

Does the Film Thirteen Lives Qualify as a Documentary?

It was important to the filmmakers of “Thirteen Lives,” a documentary-style dramatization of the 2018 flooded cave-complex rescue in northern Thailand, to depict the narrative from the point of view of the local Thai people.

Where Does the Filming of Thirteen Lives Take Place?

After the COVID-19 pandemic took hold, Connor’s initial idea was to stage the Thirteen Lives production in Thailand and shoot near the location of the actual caves. However, this strategy ultimately failed.

In Thailand, How Long Did the Cave Dive Last That You Went on?

During the search for the 12 members of a boys’ soccer team and their coach who were lost in the flooded cave for 18 days in 2018, British cave diver Richard Stanton walks out of the Tham Luang Nang Non-cave in northern Thailand. The group was trapped in the cave due to flooding.

Thirteen Lives is based on the true story of the rescue of the Thai soccer team. The movie provides a more in-depth look into the efforts that were made to save the players. Thirteen Lives stars some of the most talented actors in the industry.

The first official trailer for the film Thirteen Lives can now be viewed on Prime Video. Viggo Mortensen, Colin Farrell, and Joel Edgerton are all player members of the diving team. The film was made available to watch in select movie theatres on July 29.