John Legend Net Worth: How Long Have He & Chrissy Been Together? 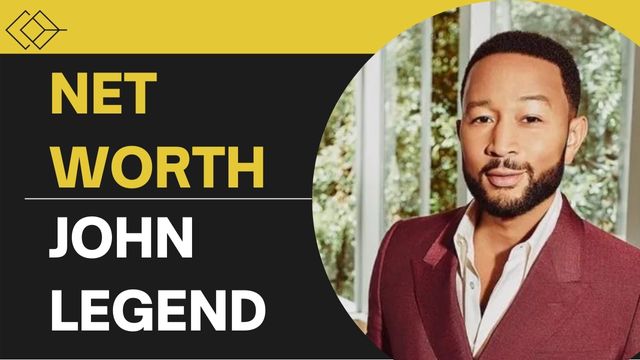 John Roger Stephens known professionally as John Legend, is an American singer, songwriter, pianist, and record producer. John has won multiple honors and released critically praised albums. He was the first black man and second youngest person to win all four major American entertainment awards: Emmy, Grammy, Oscar, and Tony (EGOT). Legend won the NAACP President’s Award. Legend has coached The Voice since 2019. In this article, you will get information about his net worth and how he makes that wealth.

Legend was born in Springfield, Ohio, on December 28, 1978. Phyllis Elaine, a seamstress, and Ronald Lamar Stephens, an International Harvester manufacturing worker, are his parents.  His father was a drummer, while his mother and grandparents were church musicians.

In 2004, Legend said his parents were divorced for 12 years.  At 4, he started playing piano. He started performing with the church chorus at age 7. Academically gifted, he skipped two grades. At 12, Legend entered North High School in Springfield, Ohio, where he graduated as a salutatorian.

When he was 15, he won a Mcdonald’s Black History Month essay contest with an essay on being a successful musician. Legend was offered admittance at Harvard, Georgetown, and Morehouse, but chose Penn. He led the coed jazz and pop a cappella ensemble Counterparts in college.

According to Celebrity Net Worth, John Legend has a net worth of $100 million in 2022. This is the total net worth of Chrissy Teigen and John Legend, who have been married since 2013. John is responsible for the great majority of the couple’s riches, while Chrissy has made at least $10 million a year through modeling, sponsorships, and television since 2018.

How much did John Legend earn from his albums and songs?

John Legend has made more than $80 million through his songs, albums, and concerts since the beginning of his career. In 2004, Legend’s debut album Get Lifted was certified platinum in part due to the Black Eyed Peas smash tune “Ordinary People,” which Legend co-wrote.

The album has sold over three million copies worldwide and over two million copies in the United States. It was followed swiftly by numerous additional albums, including Evolver (2008). Evolver features “Green Light,” a collaboration with André 3000. The single was a moderate success, and the album topped the R&B/hip-hop charts.

In 2010, Legend released the album Wake Up!, which featured a collaboration with The Roots. The CD including Marvin Gaye and Nina Simone covers was lauded by music critics. The album sold 63,000 copies in its first week to debut at number eight on the Billboard 200 chart in the United States.

Curtis Mayfield’s “Hard Times” was one of the album’s most popular hits; John Legend’s “Shine” won him a Grammy. In 2011, he was nominated for a Grammy for Best R&B Album alongside The Roots.

The record sold an additional 30,000 copies in its second week on sale. After selling over 500,000 copies in the United States, the RIAA certified the album gold on May 14, 2014. In 2015, he and the rapper Common were awarded the Golden Globe for Best Original Song for “Glory” from the film Selma.

Additionally, the song was nominated for an Academy Award and a Grammy. Both performers addressed contemporary topics relating to the civil rights struggle during their Oscar acceptance speeches. On October 7, 2016, Legend issued a new single titled “Love Me Now.” The December release of Darkness and Light, his sixth solo studio album, includes duets with Miguel and Chance the Rapper.

Personal Life: How Long Have Chrissy and John Legend Been Together?

Legend first met model Chrissy Teigen in 2006, when director Nabil Elderkin introduced the two after her involvement in his music video “Stereo.” They married on September 14, 2013, in Como, Italy, after being engaged in December 2011.

The song “All of Me,” released in 2013, was composed for and dedicated to her; the music video was supposedly shown before their wedding. The couple has two children: an April 2016 girl and a May 2018 son. Both children were born through in vitro fertilization.

John Roger Stephens, better known as John Legend, is a singer, songwriter, pianist, and record producer from America. John has received several awards and has made critically acclaimed albums. In 2022, John Legend’s net worth is estimated to be $100 million. Chrissy Teigen and John Legend, who have been married since 2013, have a combined net worth of $1 billion. The majority of the couple’s wealth is attributed to John.